This is for Riley, my amazingly talented, super smart, hilarious little brother.
Riley passed away one month ago today. It is very hard to believe, but I am thankful for all of the wonderful memories we have with him. Although he was only 23, he lived a full life and had many great accomplishments. He graduated from The University of Alabama, where he lived his dream of playing on the drum line in The Million Dollar Band for four years. He was a very hard worker, and had achieved a lot in just one year at his job. He was an inspiration to others and made a big impact on the people in his life, including myself. Riley was always there for me and was a huge supporter of my photography. From day one, he would sit for me while I fumbled around trying to take portraits of him with my first film camera in high school. He continued to help out with my projects throughout college, and when I started my photography business a few years ago, he immediately asked me for my business cards so he could start giving them out to people. Because Riley has been so supportive through my photography journey, I would like to remember a few of the photos we collaborated on. 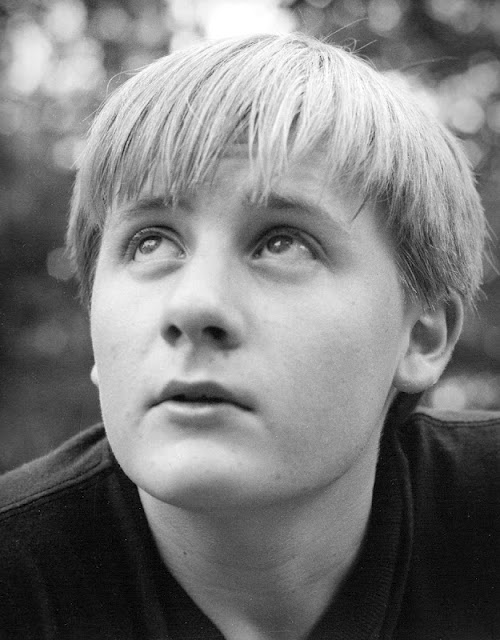 This is one of the first portraits I took. You and I were in the front yard and, even though I think I was blinding you by reflecting light off a poster board into your eyes, you graciously kept on while I got my shots. We ended up really liking the picture, and I think it’s the one that got me interested in photographing people. 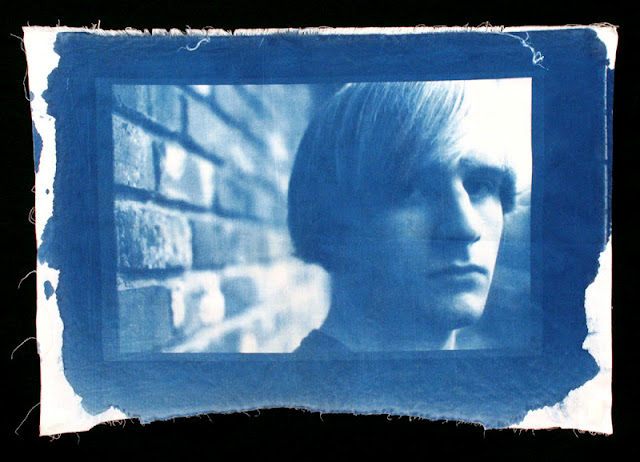 This was just a random day at the house when I took a few quick photos of you on the deck because I needed to turn in a roll of film for class. I ended up taking this portrait which has remained one of my favorites of you. 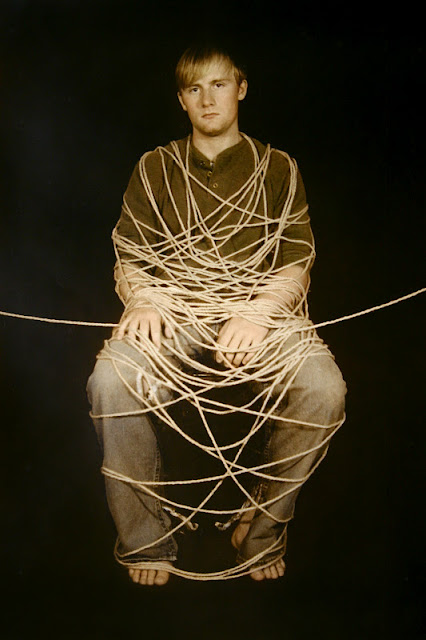 You were the first person I photographed for my senior show at Montevallo. I know it was weird that I asked if I could wrap you in string, but you went with it, and then it stuck. I ended up making a body of work I was proud of, and you were there the whole night to help with the opening. 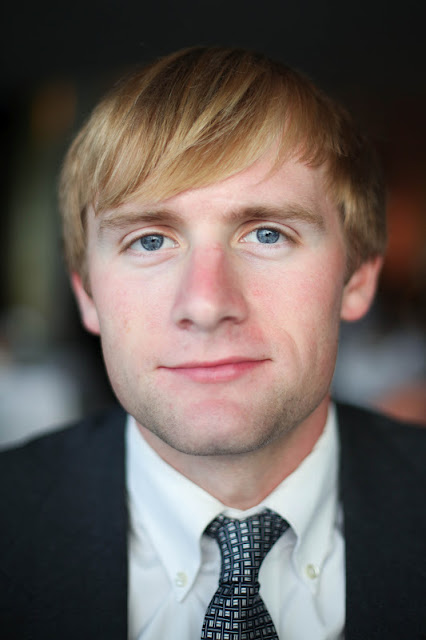 This was when the family went to The Club for my birthday a couple of years ago. I had just gotten a new camera and we tested it out in the restaurant and on the patio overlooking the city. That was a really fun dinner! 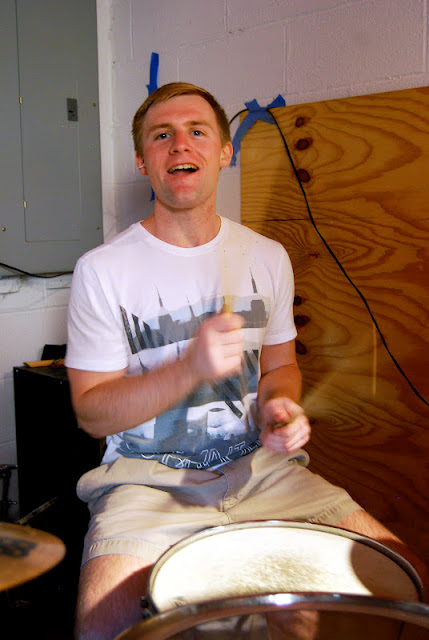 I think this may be my favorite photo ever. Your wonderful friends have been sending me their pictures of you, and I could not believe it when I saw this one from the guys in your band. I don’t know what to say about it. It’s just the perfect Riley moment.
You really did amazing things, bro. The first time I saw you play the drums in marching band it brought tears to my eyes because I had never felt so proud of anyone. And I felt that same way every time I saw you play. You were, and are, a huge inspiration to me and to many people. I’m so thankful for the years we had together. I love you.
@mary_margaret_smith
© 2020 MARY MARGARET SMITH PHOTOGRAPHY
BIRMINGHAM, ALABAMA WEDDING & PORTRAIT PHOTOGRAPHER